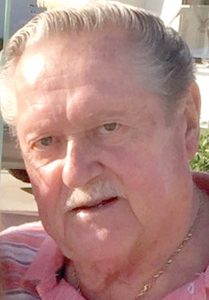 Marvin J. Rottman, 83, of Almont, passed away November 13, 2021 at his home in Florida. He was born November 11, 1938 in Detroit, the son of Normand and Gabriella (VanHaverbeck) Rottman. He was a graduate of DE LaSalle Collegiant in Detroit and married Constance Belanger on July 1, 1961. Marv worked at General Motors Fisher Body for 30 years when he retired at 48 years old.

Marv and Connie enjoyed two residences, one in Beaverton, MI and the other in Ellenton, FL. He enjoyed pheasant hunting, skeet shooting, boating, jet skiing, snowmobiling and his horses.

He was preceded in death by his parents; his beloved wife, Connie; and brothers, Joseph, Francis, Dale and Norman.

Visitation will be held Friday, December 3, 2021 from noon to 4 p.m. at Muir Brothers Funeral Home in Almont, with a funeral service at 3 p.m.

In lieu of flowers the family requests memorials be made to National Suicide Prevention Lifeline.