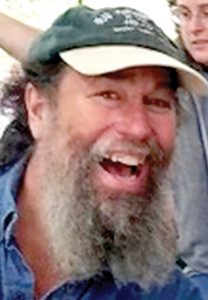 James “Jim” Matson, age 63, of Attica, MI died Sunday, November 28, 2021 at McLaren Lapeer Region Hospital. James Alan Matson was born April 14, 1958 in Detroit, MI. He was the son of the late John and Helen (Hewlett) Matson. Jim grew up in South Lyon, MI. He was a graduate of South Lyon High School. Jim married his high school sweetheart, Julie Jameson, on October 29, 1980 in Houghton, MI. He and Julie moved to the Attica, MI area in 1992.

He was employed by General Motors Tech Center in Warren, MI as a prototype model and pattern maker for five years. Jim owned and operated Warren Alloy Foundry from 1999-2021 as a pattern maker.

Jim was a Boy Scout leader assistant while his son, Jeremy, was in school. He made artistic projects with his daughter, Jennifer.

Jim was preceded in death by his father, John F. Matson Sr.

The family will be available for visitation 3-5 and 6-8 p.m., Friday, December 3, 2021 at Muir Brothers Funeral Home of Imlay City. Those wishing to make memorial contributions may direct them to: mikeroweWORKS Foundation: https://www.mikeroweworks.org/donate/

Please be sure to sign the online register at muirbrothersfh.com to share condolences and memories with the Matson family.