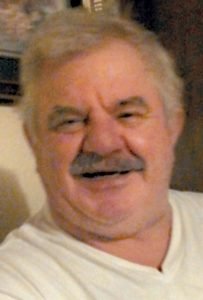 Daniel Ray Corey, 67, of Almont, passed away Monday, November 22, 2021 at McLaren Pontiac Hospital with his family by his side. He was born July 1, 1954 in Baughman, KY, the son of Arthur and Cleda (Hawn) Corey. He graduated from Utica High School and married his wife of 45 years, Kathleen Baker, on October 30, 1976. Dan worked as a laborer for many years before his retirement in 2010 from Local 1076. As a child he enjoyed playing in the caves and on the cliffs. He looked forward to showing cattle every summer at the 4-H fairs in London, KY. He also enjoyed watching the Three Stooges, but only on Sunday. Most of all he loved spending time with his family.

He was preceded in death by his father, Arthur Corey.