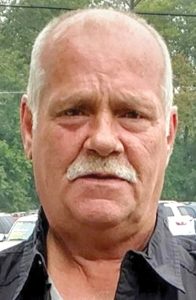 David Fairbotham Jr., age 61, of Dryden, MI died suddenly Wednesday, November 10, 2021 at his home. David Patrick Fairbotham was born August 28, 1960 in Pontiac, MI. He was the son of the late David and the late Judith (Skrine) Fairbotham. David grew up in Lake Orion, MI. He was a graduate of Lake Orion High School, Class of 1979. David went on to attend college.

He was employed as a Master Landscape Designer for 30 years by American Axle in Detroit, MI and by Greenspire Farms in Dryden, MI.

David enjoyed working hard and walking long distances. He liked to hunt and watch Wheel of Fortune and Jeopardy.

David was preceded in death by parents, David and Judith Fairbotham: and his nephew, Sammy Fairbotham Jr.

Please be sure to sign the online register at muirbrothersfh.com to share condolences and memories with the Fairbotham family.