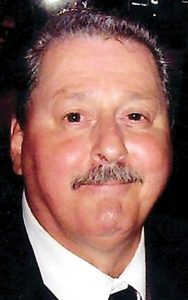 Michael Anthony Herzog, age 74 of Brown City, MI, and formerly from Fraser, MI, passed away on Saturday, October 30th, 2021, at Covenant HealthCare hospital in Saginaw, MI. He was able to have his wife, and family by his side.

He was born April 29th, 1947, in Detroit, MI, as the son of Robert Herzog and Beula (Vandervilt) Herzog. He was the youngest boy of 12 total children. After he graduated from St. Catherine’s Catholic Church in Detroit in 1966, Michael was drafted into the U.S. Army and served in Vietnam during the war. He received a Purple Heart, as he was injured twice, once he was bombed in a foxhole, another time involved in a truck convoy attack. He also received a Commendation Medal, for his heroic actions that resulted in a victory for his squad in battle.

After serving in Vietnam, Michael came back home to Michigan, where he then met Olga Irma Calderon. Michael and Olga were married in 1971, at St. Ann’s Church in Detroit. He worked at Dunn Bindery for 20 years, 5 years in the General Motors Photo Lab, 5 more years at Dunn Bindery, then at Northern Printing & Gonzales Enterprises until retiring in 2004.

In 2016, Michael and his wife Olga moved from their long-time home in Fraser, to a large property in Brown City, with plenty of trees, wildlife, a pond, a barn, and more. He loved taking care of the property for him and his wife to enjoy the nature on their golf cart, bird watch, and deer hunt. He also had fun playing Pac-Man on his arcade machine and challenging his family’s scores. Most of all, he enjoyed spending time with his family, and helping those in need, making others laugh, and ensuring everyone felt loved.