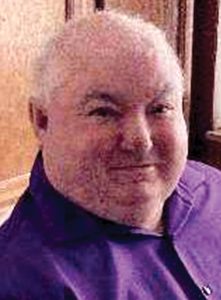 Kenny grew up in the Thumb region of Michigan. He was a graduate of Dryden High School, Class of 1962. He went on to attend college for two years. Kenny proudly served in the United States Air Force during the Vietnam War. He married Marlene Rathka Cloyd on November 14, 1987 at West Goodland United Methodist Church.

He was employed as a trouble shooter by GM – Buick Motors in Flint, MI before retiring after 31 years. Previous to working at Buick Motors, Kenny was employed for a few years for the lumber yard in Millington, MI. Kenny was a member of the Goodland Community Church (formerly West Goodland United Methodist Church) and helped to build the current church building. Kenny enjoyed working with his hands and traveling to Florida for the winter months.

Kenny was preceded in death by his parents, Clarence and Mary Drake; and his brothers, Bobby Drake and Sonny Drake.

Please be sure to sign the online register at muirbrothersfh.com to share condolences and memories with the Drake family.