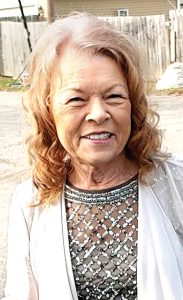 Karen Sue LaGrou, age 70, a long-time resident of Almont passed away suddenly on Monday, October 25, 2021 at home. She was born January 19, 1951 the daughter of Roland and Janet (Richard) Aisthorpe in Detroit. Karen graduated from Kimball High School. After high school she began working as an engineer at General Motors. Karen married her husband Allan Daniel LaGrou on June 17, 1989 in Goodland Township. She enjoyed traveling and taking cruises in the Caribbean. She and her husband also enjoyed restoring and collecting classic cars and were active in many classic car organizations. Most of all Karen enjoyed spending time with her grandchildren and great-grandchildren.

She is predeceased by her parents, Roland and Janet (Richard) Aisthorpe.

Please share a story or photos on Karen’s Memory Page at www.muirfh.com