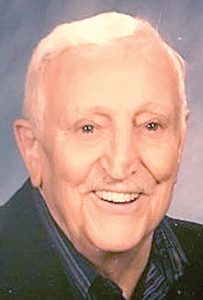 He proudly served in the United States Army during the Korean War.

Paul was a self-employed owner and partner with his siblings and in-laws at 4-H Cannery.

The Hicks family would like to thank the staff of Suncrest for all the care you provided to Paul.

Please be sure to sign the online register at muirbrothersfh.com to share condolences and memorials with the Hicks family.