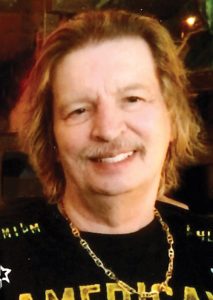 James Homer, age 68, of Imlay City, MI died Friday, October 29, 2021 at McLaren Lapeer Region Hospital. James John Homer was born March 12, 1953 in Lapeer, MI. He is the son of the late Arlington James and the late Dorothy Florence (Washer) Homer. Jim was a graduate of Imlay City High School, Class of 1971. He lived his entire life in the Imlay City area.

Jim was a co-owner with his father, James, and his brother, Kevin, in the Homer Concrete Company in Imlay City for 10-12 years. Jim had owned and operated Hideaway Lanes in Almont, MI for 20-plus years in the 1980s and ’90s.

Jim was an excellent bowler. Over the years, Jim had bowled at Hideaway Lanes in Almont, Cedar Lanes in Imlay City, the Peach Pit in Romeo, Gerlach’s Bowling in Lapeer and at many other bowling establishments around Michigan. He enjoyed watching his children and grandchildren participate in sports programming. For fun, he liked gambling on his trips to Aruba during the cold winter season.

Jim was preceded in death by his parents, James and Dorothy Homer; and brother, Kevin Homer.

A memorial visitation, where the family will be available, is being planned for 4-8 p.m., Wednesday, November 10, 2021 at Muir Brothers Funeral Home of Imlay City, 225 N. Main Street, Imlay City, MI.

Please be sure to sign the online register book at www.muirbrothersfh.com to share your memories and condolences with the Homer family.