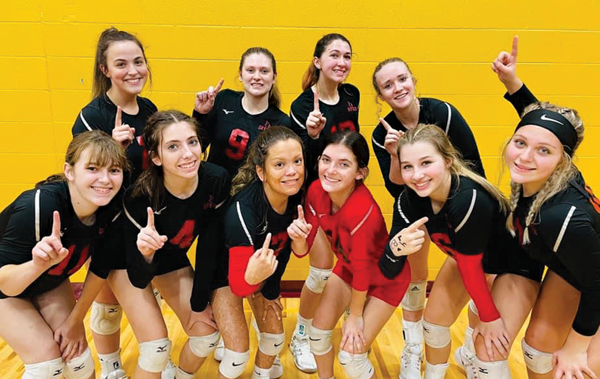 The Dryden volleyball team poses for a photo after registering a top NCTL finish.

DRYDEN — The Dryden varsity volleyball team saw to it they would earn the distinction of North Central Thumb League Stars Division champions. accomplishing the feat with a 25-18, 25-22, 25-11 triumph against visiting Deckerville on Tuesday, October 26.

With the outcome, Dryden improves their mark to 15-1 overall and 12-1 as far as NCTL clashes are concerned.

Weiss handled the bulk of Dryden’s playmaking responsibilities. She wound up with 23 set assists.

Skylar Graham and Weiss (one each) furnished Dryden’s digs.