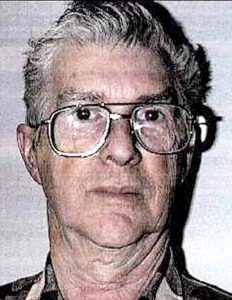 Arthur “Art” Mitchell, age 88, of Imlay City, MI died Saturday, October 16, 2021 at Stonegate Health Campus of Lapeer, MI. Arthur Joseph Mitchell was born January 3, 1933 in Ithica, NY. He was the son of the late Arthur and the late Marion (Gasnick) Mitchell. Art grew up in Ithaca, NY and attended school there. He later moved and lived in Warren and Utica, MI. Art married Helen McGillis on December 1, 1956 in Utica, MI. Art and Helen moved to Imlay City in 1985.

He was employed as a press operator by Chrysler Corporation – Stamping Plant in Sterling Heights, MI for 25-plus years before retiring.

He was preceded in death by his parents, Arthur and Marion Mitchell; and his brother, David Mitchell.

Please be sure to sign the online register at muirbrothersfh.com to share condolences and memories with the Mitchell family.