Schools are in need of staff

TRI-CITY AREA — Area school districts are finding themselves in the same predicament as many businesses when it comes to being able to hire sufficient employees this year.

Local schools are regularly putting the call out for everything from teaching positions to various support staff and are looking at new ways and incentives to attract prospective employees.

For Capac Community Schools, Supt. Jeff Terpenning said they’ve had a particular need for paraprofessionals and playground aides at the elementary level.

“I would encourage people to get involved,” Terpenning said.

“Schools have never been the highest-paying place to work but you won’t work anywhere where the kids are still talking about you 20 years later. Being a schools employee has an intrinsic value that you can never place a dollar amount on.”

“If you want to make a difference in your community, come work at the school,” he added.

Terpenning said the district is flexible too when it comes to making a work schedule amenable for a potential employee.

“We’re willing to figure out how we can work with you and your schedule,” he said. 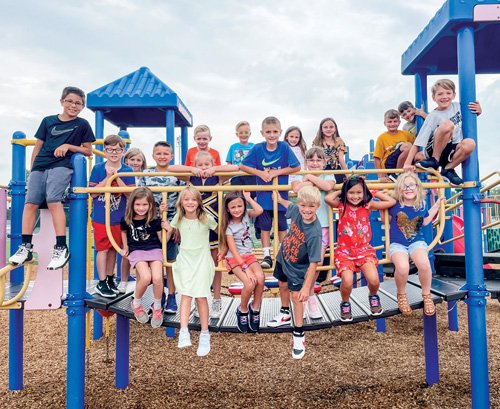 Capac Elementary School is in search of playground monitors and other support staff.

Currently, a new driver can receive a $1,000 signing/retainment bonus that’s paid after they complete all necessary training, and drive solo for a period of 90 days.

“We also offer paid training and reimburse new drivers for their licensing costs. Existing drivers can earn $500 for referring a new driver to the district who is hired and works for a period of 90 days,” Cameron said.

Earlier this year, bus drivers were given wage increases of 2.5% and 2.0% as part of a two-year contract along with increased longevity payments for the entire group.

“Driving a bus is really hard work, but it’s rewarding, and it is so important to so many. It’s a vital part of most students’ school experience,” Cameron said.

“It’s a service without which we would not be able to deliver education to many of the children that attend our schools.”

He notes that the staff shortage has resulted in having to alter schedules and cancel some after-school runs, including for some athletic events. Imlay City’s transportation department also serves Dryden Community Schools.

“In trying to stay ahead of this issue and maintain a competitive edge, our Board of Education modified the starting step wage for new teachers in our district, which was insightful and a strong commitment to being able to not just compete for teachers, but to compete for the best teachers in the state,” he said.

Within the past week, Dryden Community Schools has posted openings for childcare aides, a fourth grade teacher, paraprofessionals and substitutes for aide and crossing guard positions.

More information about employment opportunities can be found on the districts’ websites.