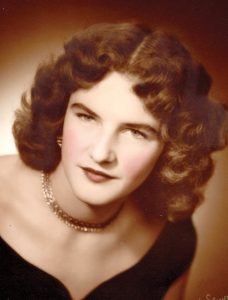 Irmgard Tabea Schoeffler, age 89, passed away October 10, 2021, passing away in the comforts of her beloved farm. She was born in Ankern-Pollwiten in East Prussia on March 3, 1932, the daughter of Karl and Tabea (Hartkorn) Grapentin. After fleeing WWII, she and the family settled in West Germany. Then they came to the United States in 1951, coming to live in Detroit. She married her beloved husband Charles William Schoeffler on July 3, 1954 in Detroit and then moved to St. Clair Shores where they raised their family. She moved to Almont in 1980 where she was able to relive her childhood living on a farm she had to leave behind. She and her husband raised sheep, goats, horses, emus, llamas, chickens, geese and much more. Most precious to her was her faith and belief in the Lord Jesus Christ as her personal savior. God’s love shined through her strongly to so many people that the Lord’s peace radiated from her to everyone. So, she would now say, don’t cry for me, this is how I look now walking through the beautiful farm fields of heaven and my hope is that you know Jesus so you can walk with me someday too.

A funeral service was held on October 14 with Diane Grapentin officiating.