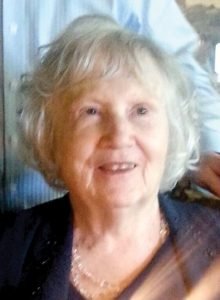 Betty Jane Carl, 97, of Dryden, passed away Tuesday, October 12, 2021 at her home. She was born April 19, 1924 in South Bend, IN the daughter of John and Erma (Horvath) Carr. She married Wallace Benton “Bud” Carl on July 1, 1950. Betty earned her Master’s Degree in Deaf Education from Wayne State University and began her teaching career in South Bend Elementary School. She then took a hiatus from teaching to raise her five children before continuing her career at Detroit Day School for the Deaf until finally retiring when she was 62 years old.

Betty was a member of St. Cornelius Catholic Church in Dryden, actively taking part in “SAPS” the senior citizen group at the church. She also volunteered helping special needs and deaf children.

She was preceded in death by her parents; her husband, Wallace “Bud;” and grandson, Joshua Scott-David Roudabush.