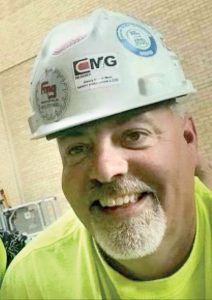 Steven “Steve” Hansen, age 54, of Imlay City, MI passed away suddenly Wednesday, October 6, 2021. Steven Charles Hansen was born February 19, 1967 in Detroit, MI. He was the son of Robert and the late Janice (Goral) Hansen. Steve grew up in Warren, MI. He was a graduate of Almont High School, Class of 1985. Steve lived in Dryden, MI before moving to the Imlay City area 10 years ago.

He installed and repaired escalators and passenger and freight elevators for Kone Elevator Products in Livonia, MI, Local 36.

Steve was a current member of the Eastern Michigan State Fairgrounds and the Lapeer County Agricultural Society, and formerly on the Addison Township Fire Department.

He enjoyed spending time with his sons riding Razors, fishing and at the Eastern Michigan Fairgrounds. He was always extremely proud of being a Pop Pop.

He was preceded in death by his mother, Janice Hansen.

Those wishing to make memorial contributions may direct to the Family Discretionary Fund.

Please be sure to sign the online register at muirbrothersfh.com to share condolences and memories with the Hansen family.