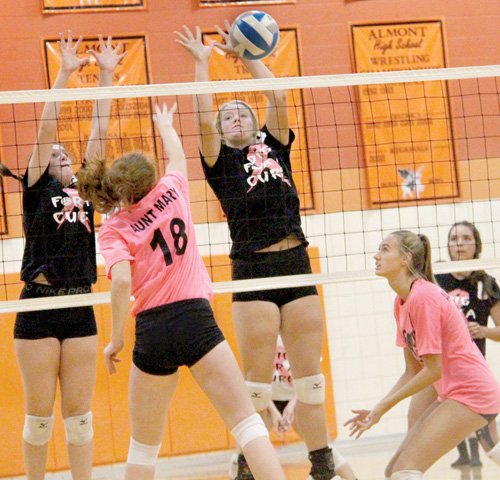 Schriber and Evans (three apiece) along with Jaya Forti and Lexa Forti (two each) contributed assisted blocks to Imlay City’s cause.

Bernadetta Luzinski added four solo and one assisted block to Almont’s cause.