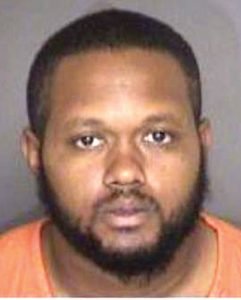 LAPEER COUNTY — A Detroit man who was charged with open murder in the 2019 shooting death of a man in rural Lapeer County has been found guilty.

Dukes, who is scheduled to be sentenced by Lapeer Circuit Judge Nick Holowka in November, remains incarcerated in the Lapeer County Jail without bond.

The Lapeer County Sheriff’s Office reports said that deputies responded around 2:51 a.m. on Sept. 8, 2019, to a shooting on Hollow Corners Rd. in Dryden, where they discovered the body of 35-year-old Jason Stefanski of Rockford, laying in a ditch.

Sheriff’s deputies were able to locate Dukes driving his 2014 Buick Encore about two miles from the scene of the shooting. They reported that Dukes was stopped within the roadway and was armed with a weapon.

The encounter resulted in a police pursuit that ended at M-24 and Coulter Rd. in Mayfield Township, where Dukes was arrested and later lodged at the Lapeer County Jail.

Following a joint investigation by Dryden Township police and Lapeer County Sheriff’s deputies, Dukes was criminally charged with open murder, assault with intent to commit murder, fleeing 3rd degree, resisting and obstructing police, and numerous weapons offenses. The assault with intent to murder charge was related to the shooting of a third man at the scene, Nicholas Palazzolo. The Cadillac resident was treated for his injuries and in the initial stages of the investigation was said to be cooperating with police.

Investigators said they believed the shootings were drug-related.

The trial for Dukes opened on Tuesday, October 5 in Holowka’s courtroom. Lapeer County Prosecutor John Miller and Chief Assistant Prosecutor Paul Walton handled the case on behalf of the state while Dukes was represented by Lapeer attorney Fred Miller. The jury deliberated for about three hours before a verdict was reached.