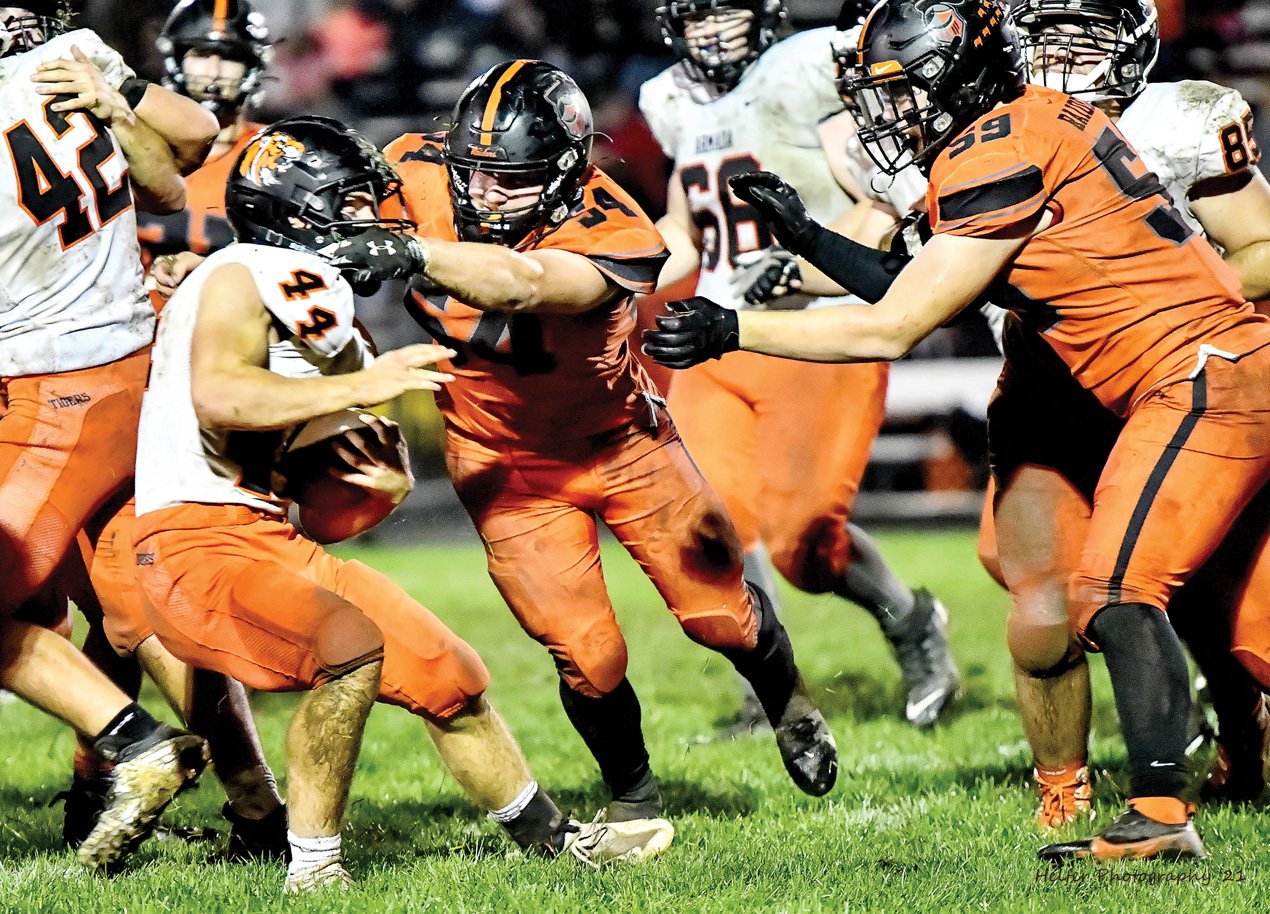 Brandon Hunsaker, of Almont, closes in to make the stop on an Armada ballcarrier during the team’s Blue Water Area Conference battle last Friday. Photo by Helfer Photography

ALMONT — Host Almont saw it they would prevail, earning a 14-7 victory over previously unbeaten Armada (listed tied for 10th with Kingsford among Division 5 squads statewide according to the Associated Press) in a Blue Water Area Conference varsity football encounter last Friday night.

“Tonight was as physical a football game as we have been in all season,” Almont Coach James Leusby commented. “It feels great to get back on the winning side after two tough weeks.” he noted.

“We really had to dig down deep to win this one against an undefeated team with a lot of momentum behind them. I am so proud of our kids for battling through a tough game. As usual, we had a great crowd and they helped carry us through this game.”

In Friday’s encounter, Almont took a 7-0 edge after one quarter is over with.

The next 12-minute stretch saw Almont collect seven points and Armada manage none, staking them to a 14-0 cushion at the half.

That was followed by a scoreless third quarter.
Armada then outscored Almont 7-0 from that point on, holding on for a 14-7 victory.

For the night, Brock Conger connected on five of six pass plays for 32 yards as Almont’s quarterback. He threw zero interceptions along the way.

His completions went to two different targets. Measel (four catches for 22 yards) and Haden Lacavera (one reception for 10 yards) formed that group.

The Almont ground attack chewed up 179 yards of territory on 38 totes.

Almont will look to make it back to back wins this Friday when they travel to Richmond. The contest, the BWAC finale for both squads, list a 7 p.m. starting time.