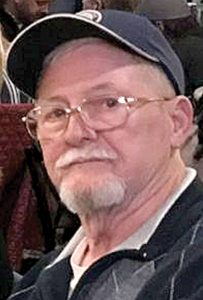 Terrence (Terry) Lee LaFrance of Imlay City, MI left this world to await his savior Jesus Christ on September 27, 2021 in Sevierville, TN at the age of 78. Terry was born December 22, 1942 to Philip and Martha LaFrance in Detroit, MI.

Terry was preceded in death by his father, mother, and three siblings: Andrew, Vates and Philip Arthur.

He is survived by his wife, Sharon LaFrance; and five children, Jeri (Mike) Friedsberg, Terra King, Philip LaFrance, Susan LaFrance and Martha Gillespie. He is also survived by nine grandchildren and four great-grandchildren.

Terry proudly served for the United States Navy from 1961-1965. He achieved the rank of Petty Officer Second Class. His ship, the U.S.S. Wahkiakum County, was called to duty at the Bay of Pigs where he served in active duty.

Terry was first and foremost a man of God and a family man. He was a jack of all trades: handy man, mechanic, wood worker, and so much more. He could fix anything from a broken car to a broken heart. He spent his life ensuring his loved ones never had to question his love and dedication to them. Terry married his honey girl, Sharon, on November 6, 1976. They shared 45 amazing years together and built a life on a foundation of love, faith and devotion. If you were willing to listen, Terry could talk your ears off about the things he loved the most: God, cars/trucks, carpentry, and his family.

It was Terry’s wish that no services be held; his family will be honoring his wishes. There will be a private presentation of the American Flag in honor of his service to our country to his wife and children.