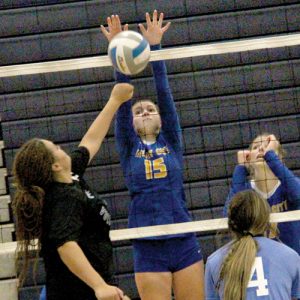 With the outcome, Imlay City goes to 8-1 in the BWAC.

Jaya Forti directed Imlay City’s offense from her position at setter. She finished with 29 assists.