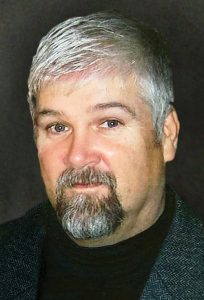 Dennis Day, age 67, of Attica, MI died Wednesday, September 29, 2021 at McLaren Lapeer Region Hospital. Dennis Lee Day was born February 21, 1954 in Lapeer, MI. He was the son of the late Kenneth and the late Vera (Gould) Day. Dennis grew up and lived most of his life in the Imlay City, MI area. He was a graduate of Imlay City High School, Class of 1972. He married Bonnie Smith on December 22, 1972 in Imlay City, MI.

Dennis was a member of Imlay City First Baptist Church and a life member of Lapeer County Agricultural Society. Dennis was very active within the Imlay City community, a Fair Board Member, on the Imlay City Ambulance Service for years and an Imlay City Police reserve officer. He was the Eastern Michigan Fair manager from 1990-1995, Dennis built and operated a food concession trailer for several years. From a very early age, Dennis absolutely loved the fair! Dennis helped to plan events at not only the fairgrounds, but also events around Michigan.

Dennis was preceded in death by his parents, Ken and Vera Day; and his sister, Sandra Murphy.

Arrangements for Dennis’s cremation were entrusted to Muir Brothers Funeral Home, 225 N. Main Street, Imlay City, MI. Please be sure to sign the online register at muirbrothersfh.com to share condolences and memories with the Day family.