Imlay City firefighters were in training session at time of fire 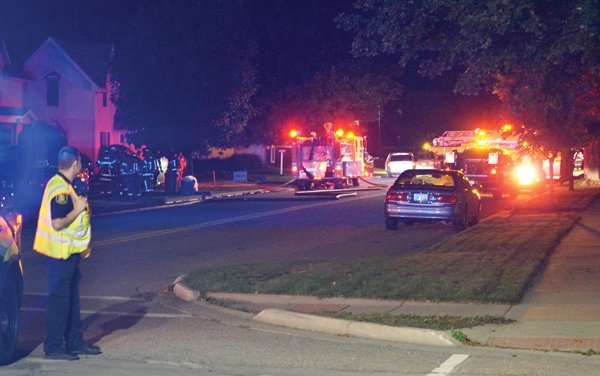 He said Imlay City firefighters had been training at the fire hall, when they were dispatched around 8:15 p.m. to a reported structure fire in the the 200 block of Bancroft Street.

Stone said that when firefighters arrived at the scene, heavy smoke was coming from the upper apartment.

He noted that fire crews responded quickly and were able to immediately limit the fire’s spread.

“The fire started in a bedroom near an electrical outlet and was contained to that room,” said Stone. “Smoke detectors were present in the house and had activated, alerting the residents of the fire.”

Stone said all occupants got out safely, and fire damage was limited due to the immediate response of firefighters.

“This allowed fire crews to be on scene within five minutes of the call,” Stone said.

Stone said the American Red Cross representatives responded and were able to provide secure housing and supplies for the five- member family that was living in the apartment; as well as a single renter from an apartment on the lower level.

However, the building was declared uninhabitable due to smoke and water damage.

“We will be able to give you free smoke detectors and can help install them if you need help with that,” said Stone.