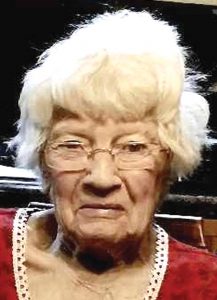 Leota Kreiner, age 84, of Attica (formerly of Lapeer), MI passed away Wednesday, September 22, 2021 at home surrounded by her loving family. Leota Dowling was born April 5, 1937. She was the daughter of the late Francis and the late Muriel (Calendar) Dowling. Leota grew up in Brown City, MI. She attended Brown City High School. Leota married Richard Kreiner on June 25, 1955 in Brown City, MI. She and Richard lived most of their lives together in Northern Lapeer County. She was preceded in death by her husband, Richard, on January 1, 2019.

She was a homemaker, raising her family. Leota enjoyed crafts and sewing (especially doll clothes).

She was preceded in death by her husband, Richard Kreiner; daughter, Phyllis Kopko; and her daughter-in-law, Dolly Kreiner.

Please be sure to sign our online register at muirbrothersfh.com to share condolences and memories with the Kreiner family.