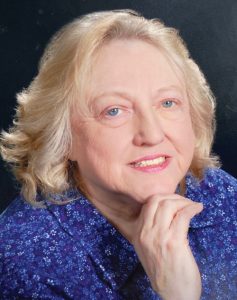 Margaret Faye Basela, age 76, passed away September 15, 2021 surrounded by her family. She was born September 17, 1944 in Detroit, the daughter of Arby and Lorine (Jackson) Chandler. She graduated from Pershing High School in Detroit in 1962. She worked for many years as a security officer for General Motors. She married her beloved husband Gregory Theodore Basela on November 5, 2006 in Shelby Twp. at the Candlelight Wedding Chapel. Margaret enjoyed bird watching and drawing, but most of all she loved spending time with her family.

She was preceded in death by her parents; late husband, Gregory Theodore Basela in 2015; sister, Barbara Berry; and brother-in-law, George Berry.

Memorial donations can be made in Margaret’s name to the Gateway Assembly, (www.gwafamily.com) 2796 S Van Dyke Rd, Imlay City, MI 48444.

Please share a story on Margaret’s Memory Page at www.muirfh.com