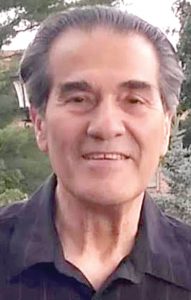 Louis Zangara, age 82, of Imlay City, MI died Wednesday, September 15, 2021 at McLaren Port Huron. Louis Zangara was born December 4, 1938 in Detroit, MI. He was the son of the late Leo and the late Rose Zangara. Louis grew up in Detroit, MI. He was a Detroit High School graduate and continued his education at Macomb Community College where he studied drafting. He married Kristi Lynn Kay on December 22, 2002 in Farmington Hills, MI.

He was employed as a draftsman and design engineer for Ford Motor Company – Transmission in Livonia, MI until his retirement in 1999. Louis was a member of St. Paul’s Lutheran Church in Imlay City, MI.

He is survived by his wife, Kristi Zangara; his daughter, Louise Zangara of Tennessee; his sons, Lewis “Billy” Zangara of Imlay City, MI, David Zangara of Davisburg, MI and John Zangara of Chesterfield, MI; sister, Rose Robertson; and his brother, Alex Zangara.

Louis was preceded in death by his parents, Leo and Rose Zangara; son, Tony Zangara; brother, Leo Zangara; and his sister, Grace Zangara.

Please be sure to sign the online register at muirbrothersfh.com to share your memories and condolences with the Zangara family.