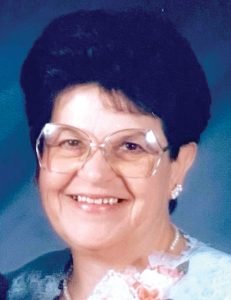 Frances “Fran” Klemp, age 80, of Lapeer (formerly of Imlay City), MI died Thursday, September 16, 2021 at Lapeer County Medical Care Facility “Suncrest” of Lapeer, MI. Frances Anna Zuhlke was born November 22, 1940 in Imlay City, MI. She was the daughter of the late Albert and the late Mary (Stenzel) Zuhlke. Fran grew up and lived most of her life in the Imlay City, MI area. She was a graduate of Imlay City High School, Class of 1958. She married Edwin Klemp on June 1, 1963 in Lapeer, MI. She was preceded in death by her husband, Edwin, on December 31, 2003.

She was mostly a homemaker, raising her family; but did work outside the home as a nurse’s aide for Almont Community Hospital, packing bait at J&L Bait Farm for her brother, and as a clerk at Sav-On Drug Store. She was a member of St. Paul’s Lutheran Church of Imlay City.

The family will be available for visitation 10-11 a.m., Friday, October 29 at Muir Brothers Funeral Home of Imlay City.

Please be sure to sign the online register at muirbrothersfh.com to share condolences and memories with the Klemp family.