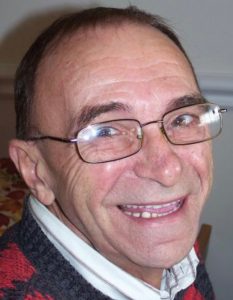 Colin Thomas Kaake, age 80, recently of Lapeer, MI died Saturday, September 18, 2021 at Whispering Pines Adult Foster Care in Lapeer Twp., MI. Colin was born June 15, 1941 in Almont, MI. He was the son of the late Charles Arthur and the late Constance Rose (O’Malley) Kaake. Colin grew up in the Imlay City Area. He was a graduate of Imlay City High School, Class of 1959; he later attended both Wayne State University and Oakland University.

Colin worked for the Detroit News (paper distribution) for many years, had worked at the Pontiac/Huron Valley State Hospital for several years. Colin retired from General Motors where he worked as a pipefitter for 30 years. Colin enjoyed playing Monopoly with family (never lost), going to casinos (never won), enjoyed the hot weather in Florida, went stream fishing for trout, and camping with family.

A visitation will also be available on Wednesday, September 22 at 11 a.m., with service following at 12 p.m. Pastor Ross Shannon of First Baptist Church of Lapeer will be officiating. A graveside service will follow in Imlay City Township Cemetery.

Those wishing to make memorial contributions may direct them to The Medical Team Flint – Hospice.

Please be sure to sign the online register book at www.muirbrothersfh.com to share your memories and condolences with the Kaake family.