Capac to get school officer

CAPAC — The village of Capac and school district have agreed to terms to create a school resource officer position.

At their meeting on Thursday, the board of education approved a motion to enter into a $36,200 agreement with the village for an officer to work within both of the district’s two buildings for the current school year. Likewise, on Monday, the village council voted to accept that pact. 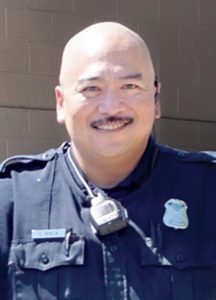 “He’s very good with children and those children who have had issues, he looks out for them,” Fantin told the school board last week.

In addition to being present during the school day, the school resource officer will also attend games, school dances or any other event administrators request them for.

“I believe that dedicating someone to the school is a good thing to to do. It will let staff get back to doing what they do best,” Fantin added.

Capac Schools Supt. Jeff Terpenning said the district and village officials have been discussing the possibility of bringing in a school resource officer for some time. Like many matters, those talks stalled during the pandemic. Those talks resumed earlier this year, particularly when it was apparent that pandemic funds from both federal and state sources could be used for such a purpose.

On Monday, Fantin told the village council that the school’s contract will cover approximately 60 percent of Dealca’s salary. He’ll have regular patrol duties when school is out of session and he’ll be available to assist other officers off of school grounds when the need arises, she added.

The last time the police department was able to field a school resource or liaison officer was more than 15 years ago and it was grant funded.

Dealca joined the Capac Police Department in 2018 as a part-time officer and assumed a full-time position with them one year later.

He’s a U.S. Navy veteran who served served two tours in Iraq and Afghanistan and earned a Purple Heart and a Navy Achievement Medal. After his military service, Dealca became a Veterans Administration employee before turning to a career in law enforcement.

In an interview with the Tri-City Times in 2019, Dealca said working with youth was his favorite part of the job.

“I want to be a role model for them. For some of these kids, their parents aren’t always around and I like to take them under my wing,” Dealca said.

Dealca is due to start his new position as soon as the two entities’ lawyer can draw up the agreement.