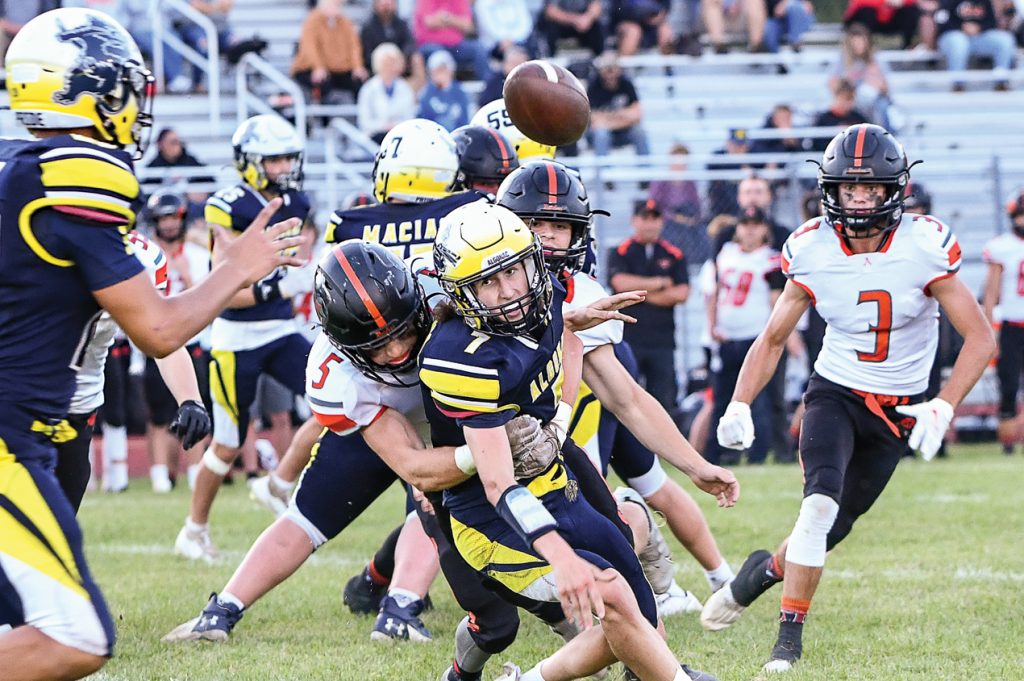 “With the game being moved up one day we didn’t know what we were going to get with missing a day of preparation,” Almont Coach James Leusby said. “I am proud of how our kids handled the situation and they executed well on both sides of the ball for the most part,” he noted.

“We still have a lot of work to do but the silver lining to the schedule change is an extra day to prepare for next week.”

In Thursday’s game, Almont bolted out to a 21-0 advantage after one quarter was done and widened the gap to 28-0 at the half.

When the action resumed, Almont struck with a 12-0 third quarter to go ahead 40-0.

For the evening, Conger completed four of six pass plays for 85 yards as Almont’s quarterback. He threw zero interceptions en route to those numbers.

His successful tosses were distributed to three different targets. Their ranks consisted of Haden Lacavera (two catches for 41 yards), Gavin Louwsma (one reception for 27 yards) and Measel (one catch for 17 yards).

Brandon Hunsaker was the other Almont player to air out the football. His lone attempt was incomplete.

The Almont ground attack chewed up 302 yards of territory on 41 totes.

The Almont defense also notched three takeaways. Ferman (a pair of fumble recoveries) and Nascivera (an interception) contributed those.

Almont returns to action this Friday when it travels to North Branch. The BWAC matchup lists a 7 p.m. starting time.