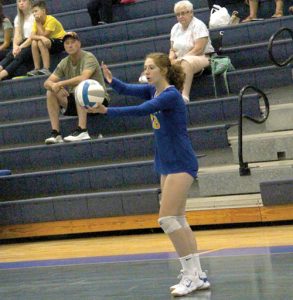 Jaya Forti handled the bulk of Imlay City’s playmaking responsibilities. She was credited with 85 assists.