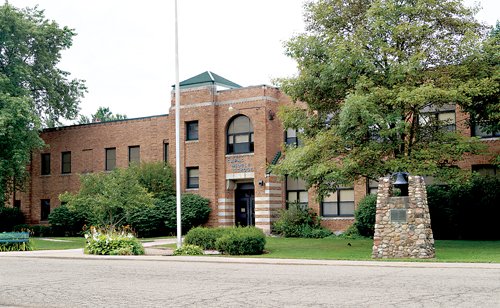 The public is welcome to explore the former Middle School on Saturday, Sept. 25 from 10 a.m. to 3 p.m.

CAPAC — Former students, staff, parents and community members will have their chance to walk the halls of the Capac Middle School before it’s officially sold.

The building, originally used as a high school, was built in the early 1930s.

Although details of the sale won’t be confirmed until the transaction is finalized, a group of local developers reportedly has plans to turn the former school into a senior living complex. In July, the village’s planning commission and village council approved a request to rezone the property from single to multi-family.

Earlier this year Capac Community Schools (the building’s current owner) and the Village of Capac (the land/property owner) accepted the highest of four bids and entered into a purchase agreement for the school.

Having the rezone request approved was one of the steps required to finalize the purchase agreement.

The district is set to receive 75 percent of the sale’s net proceeds with the village to get the remaining 25 percent.

The former Middle School has been mostly vacant since middle school classes were moved to the elementary and high schools in 2016 as part of a reorganization plan.

The school is located on Neeper Street, between Aldrich and Church streets.