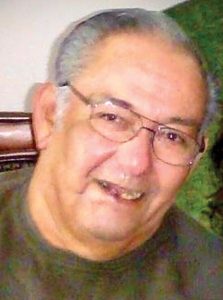 Carlos Sanchez, age 83, of Imlay City, MI died Sunday, September 12, 2021 at his home. Carlos Sanchez was born August 9, 1938 in Allende, Coahuila, Mexico. He was the son of the late Dolores (Medrano) Sanchez. Carlos moved to Imlay City, MI at the age of 10 and lived most of his life in Imlay City. He married Myra Casillas on July 29, 1956 in Lapeer, MI.

He was employed as a finish repair mechanic by General Motors – Truck & Bus in Pontiac for 20 years before retiring in 1983. Prior to General Motors, Carlos worked with his parents at VanDenBerg Farms and later drove a bulldozer for Anderson Peat. He enjoyed visiting with his children and grandchildren. Carlos enjoyed hunting, raising chickens and traveling. Later in life he enjoyed many winters in Arizona.

Carlos is preceded in death by: his mother and step-father, Dolores and Ysidro Medrano.

A memorial is planned at a later date.

Please be sure to sign the online register at muirbrothersfh.com to share memories and condolences with the Sanchez family.