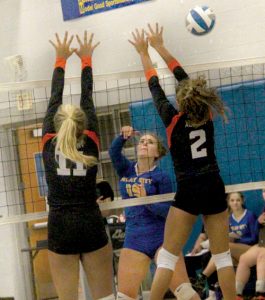 Lexa Forti (15) plus Schriber and Verellen (10 each) collected Imlay City’s highest kill totals. They were backed by Stone (five kills), Evans (four) and Jaya Forti (one).