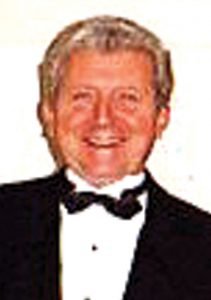 Guido “Joe” Mattiacci, age 89, of Attica, MI died Thursday, September 2, 2021 at Select Specialty Hospital of Flint, MI. Guido Giuseppe Mattiacci was born October 21, 1931 in Detroit, MI. He was the son of the late Peter and the late Rose (Vetta) Mattiacci. Joe was a graduate of Catholic Seminary High School in Indiana. He proudly served in the United States Coast Guard during the Korean War. Joe married Joann Cussigh on December 1, 1956 in Detroit, MI. He and Joann lived in Detroit and Grosse Pte. Woods, MI but spent a lot of time at Elk Lake in Attica before finally moving to Attica in 1965.

He was employed as a meter reader by Detroit Edison in the Detroit and Mt. Clemens areas for 33 years before his retirement in 1992. Joe was a member of Sacred Heart Catholic Church in Imlay City, MI and a member of the Ushers Club at Assumption Grotto.

Joe was preceded in death by his son, Guy Joseph Mattiacci; brothers, Louis Mattiacci and Frank Mattiacci; and his sister, Elvira Haase.

A private interment will take place on Thursday, September 9 at Attica Township Cemetery.

Please be sure to sign the online register at muirbrothersfh.com to share condolences and memories with the Mattiacci family.