CAPAC — For $9.9 million dollars, the former Keihin Michigan Manufacturing facility could be yours.

That’s the price tag currently on the now vacant 123,000 square foot plant on Koehn Road, according to Lee & Associates, the real estate company that’s listed the property. According to the listing the facility is also available for lease for an undisclosed amount.

The plant, situated on just over 25 acres at Capac and Koehn roads, was originally built in 2007. Production ceased at the plant in April of this year.

The realtors describe the property as being “very well kept” and indicate it could be used for manufacturing or distribution with room for future expansion.

Approximately 165 associates were employed at the plant in early 2020 and the company said they would assist staff in finding new jobs after the closure and offer severance packages. 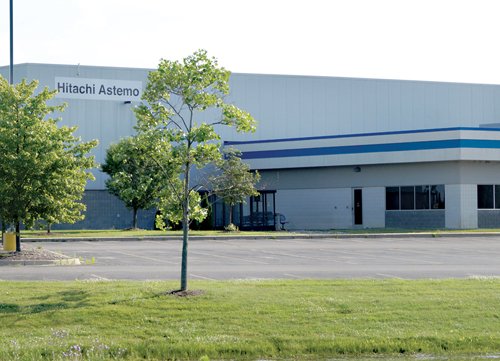 The 123,000-square-foot facility is now available for sale or lease. Production at the plant ceased in April 2021.

In February 2020, management and employees at Keihin Michigan Manufacturing in Capac were informed that the plant would be shutting down the following year. Officials cited sales reductions and “dramatic” changes within the automotive industry as the reason for the closure.

Keihin Michigan Manufacturing, a subsidiary of Honda, had been in operation in Capac since 2008.

In late 2019, Honda and Hitachi merged four of their car parts businesses to create an independent components supplier with Hitachi owning two-thirds of the new entity and Honda owning one-third.

According to St. Clair County property records, Keihin Michigan Manufacturing was still the owner of record for the facility on Koehn Road. Before the closure, signage on the building was changed to “Hitachi Astemo.”

In May of this year, the Village of Capac revoked all tax exemptions for real and personal property associated with the business.

In January 2011, the company requested and was granted a 12 year personal property tax abatement worth $2.6 million for equipment purchased for five new model maker layouts.

In 2014, the village granted Keihin’s request for an industrial facilities tax exemption for 12 years at 50 percent of both real and personal property. They company said they were investing $9.9 million in a new production line at that time.

Realtors note that in addition to the production space, the building features multiple conference rooms, large employee cafeteria area, mens’ and womens’ locker rooms, mezzanine storage, a crane bay that spans 80 feet, a small clinic in the front office area. Additionally, the facility is air-conditioned throughout.

The full listing can be viewed online at lee-associates.com.