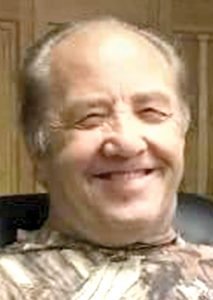 Hendrik “Henk” Knibbe, age 76, of Attica, MI died Tuesday, April 13, 2021 at McLaren Lapeer Region Hospital of Lapeer, MI. Hendrik Knibbe was born September 12, 1944 in Amsterdam, Netherlands. He was the son of the late Klaas and the late Leentje (Ockhuisen) Knibbe. Henk was a graduate of Capac High School, Class of 1965. He grew up in Imlay City, MI. Henk married Peggy Lea Harley on February 19, 1966. He was preceded in death by Peggy in 2006. He was employed as an assembly lineman by General Motors – Pontiac Motors. Henk retired in 2006. Henk enjoyed hunting, fishing, his family, watching old war movies on TV, and bowling.

His cremated remains will be interred at Arcadia Township Cemetery next to his wife and children.

There will be visiting hours from 10-11 a.m. at Muir Brothers Funeral Home of Imlay City, 225 N. Main Street, Imlay City, MI prior to leaving for the cemetery.