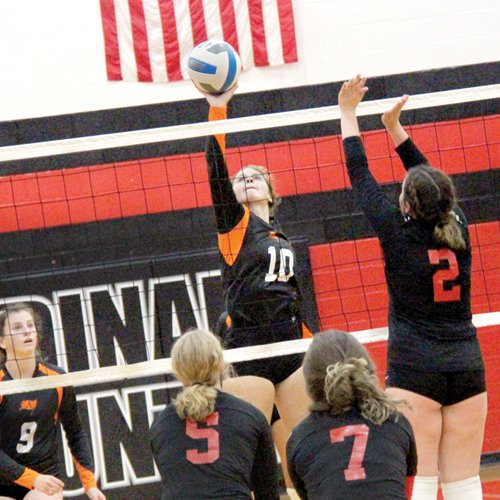 Almont’s Molleigh Rinke sends a shot over the net in a match against Dryden last week.

Addie Tresnak led Dryden with 10 service points. She was backed by Becca Weiss (eight points) plus Lauren Abromaitis and Alaina Penn (six each).

Weiss handled the bulk of Dryden’s playmaking responsibilities. She finished with 27 assists.

Dryden also received blocks from Joanna Livingston and Weiss (two apiece) along with Ashley Hickmott (one).