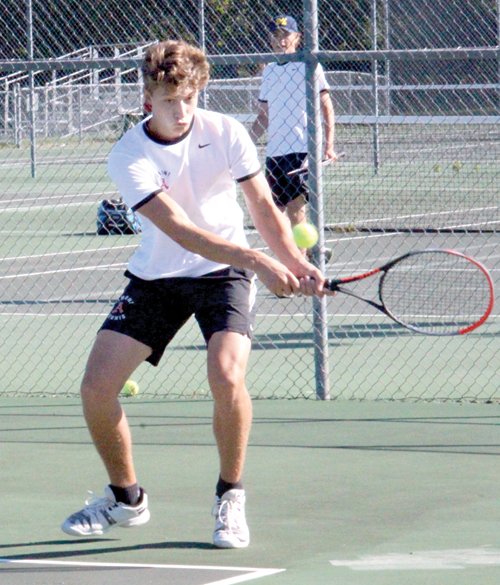 Sam Bussone, of Almont, returns a shot during a match last season.

When the final scores were posted, Almont amassed an output of seven points.