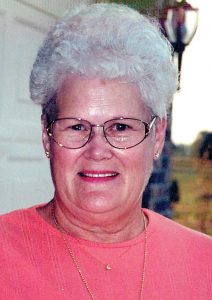 She was employed as a cook and teacher’s aide by Imlay City Schools. Lowana was a member and Worthy Matron of the Eastern Star and a member of St. Paul’s Lutheran Church.

She was preceded in death by her husband, Robert Wheeler; parents, Don and Aleta Harley; her sisters, Cecile (Johnny) Balfour and Melvagean (Ron) Eineder; and her brother-in-law, Clarence Wheeler.

Please be sure to sign the online register at muirbrothersfh.com to share condolences and memories with the Wheeler family.