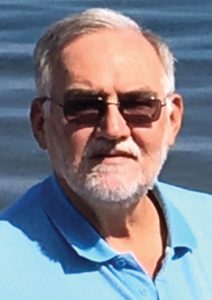 Larry Edwards, age 72, of Imlay City, MI died Thursday, August 5, 2021 at St. Vincent Hospital of Beaverton, Oregon. Lawrence Ray Edwards was born June 26, 1949 in Felicity, OH. He was the son of the late Robert and the late Martha (Staats) Edwards. Larry grew up in Almont, MI. He was a graduate of Almont High School, Class of 1967. He served in the U.S. Army during the Vietnam War from 1969 to 1971. Larry married Penny Lou Spencer on June 10, 1989 in Dryden, MI. They soon moved to Imlay City, and have lived here for 20-plus years.

Larry was employed as an engineer for Lyon Gear & Machine in Rochester, MI. He retired after 30-plus years. He also enjoyed working part-time at Collins Roller Rink in Imlay City.

There were special times when he could drive his green 1969 Camaro around town and to the many auto shows around the area. He enjoyed traveling with Penny. Larry was a Gift of Life/Eversight donor.

He was preceded in death by his parents, Robert and Martha Edwards, and father-in-law, Delbert Spencer.

Larry was very patriotic; those wishing to make memorial contributions may direct them to the Imlay City American Legion.

Please be sure to sign the online register book at www.muirbrothersfh.com to share your memories and condolences with the Edwards family.