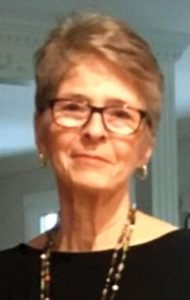 Daphne Lewis, age 71, of Attica, MI died Monday, August 9, 2021 at her home surrounded by her loving family. Daphne Jane McFarlen was born September 9, 1949 in Huntsville, AL. She was the daughter of the late Howard and the late Etoile (Todd) McFarlen. Daphne grew up in New Market, AL. She married Harry Lewis on June 21, 1985 in Rochester, MI. Daphne and Harry met at work at Chrysler Huntsville Electronics. Subsequently, she moved to Michigan where she was a homemaker.

Daphne was the “glue” that held her extended family together, and planning and hosting many family reunions.

Daphne was preceded in death by her brother, Dudley McFarlen.

A private graveside service will be held at Arcadia Township Cemetery. Pastor Rodney Sanderson-Smith will officiate.

Those wishing to make memorial contributions may direct them to McLaren Hospice, 1515 Cal Drive, Davison, MI 48423.

Please be sure to sign the online register at muirbrothersfh.com to share condolences and memories with the Lewis family.