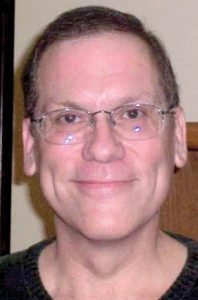 Lee Bowes, age 60, recently of Imlay City (formerly of Washington Twp.), MI died Sunday, August 1, 2021 at home in Imlay City. Lee Allen Bowes was born September 7, 1960 in Saginaw, MI. He was the son of the late Harry and Rosalie (Rae) Bowes. Lee grew up in Davison, MI before moving to Shelby Twp., MI. He was a graduate of Eisenhower High School in Shelby Twp., MI, Class of 1978. Lee continued his education at Michigan State University and earned his Doctorate of Veterinary Medicine in 1985.

Lee loved to spend time with his family, golf, and go to the ocean.

He is survived by his daughter, Jennifer (Jose) Lopez of Almont, MI; his mother, Rosalie Bowes; sister, Kristina Bowes of Shelby Twp., MI; his brothers, Tom Bowes of Warren, MI and Christopher Bowes of Salisbury, NC; and his grandchildren, Lilliana, Ramiro and Natalia.

Lee was preceded in death by his father, Harry Bowes; and his son, Patrick Bowes.

Please be sure to sign the online register at muirbrothersfh.com to share condolences and memories with the Bowes family.