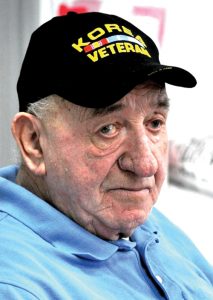 Erich Brieger, age 86, of Imlay City, MI died Sunday, July 11, 2021 at United Hospice Residence of Marlette, MI. Erich William Brieger was born December 9, 1934 in Milwaukee, WI. He was the son of the late Erich and the late Anna (Hahn) Brieger. Erich grew up in Detroit, MI before moving with his family to the Capac and Emmett, MI area where he worked on the family dairy farm located on Kettlehut Road in Capac, MI. Erich proudly served in the United States Army from 1954-1956. He earned his GED while in the Army and studied at Port Huron School of Business to become a Certified Public Accountant (CPA). He married Beverly Ann Fye on November 16, 1963 in Capac, MI.

Erich was preceded in death by his parents, Erich and Anna Brieger; brothers, Alfred Brieger and Walter Brieger; and his sister, Anna Belanger.

Those wishing to make memorial contributions may direct them to the VFW and the American Legion.

Please be sure to sign the online register book at www.muirbrothers.com to share your memories and condolences with the Brieger family.