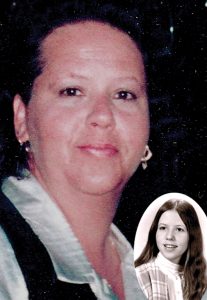 Christine Woodward, age 64, of Attica, MI died Sunday, August 1, 2021 at her home surrounded by her loving family. Christine Hollie Martin was born December 25, 1956 in Cincinnati, OH. She was the daughter of the late Richard and the late Lillie (Hensley) Martin. Christine grew up and attended school in Detroit, MI. She married Richard Woodward on January 15, 1973 in Detroit, MI. Christine lived most of her life in Michigan, with the brief snow bird life in Florida for five years.

She was mostly a homemaker, raising her family, but through the years she held various part-time jobs.

Christine fought a 15-plus year battle with cancer. This is one thing she did well – fight. Those that knew and loved her, knew that of her. Those that were lucky enough to be loved by her were lucky to have her fighting fiercely in their corner.