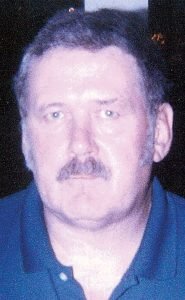 Charles Craig Justice passed away Friday, June 11, 2021 after a long illness in St. Cloud, FL. He and his wife, Penny, had resided there for the last several years.

Charlie was born April 22, 1945 and raised in Cadillac, MI. He graduated from Cadillac High School. He joined the Air Force shortly after graduation during the Vietnam draft. Charlie was a career Air Force veteran. He served 22 years of active duty and was stationed all over the world. While in active duty, he also served as the Air Force recruiter for the greater Wexford County area of Michigan from 1981-85. He retired from active duty in 1989 and then worked for many years at Meryl’s Auto supply in Cadillac. He then retired to move with his wife downstate to live near the grandchildren. After moving to the Lapeer County area, Charlie worked for NAPA Auto Supply of Capac and Almont for many more years. During his tenure in the area of around 20 years, he was very active in his church life, especially with youth programming. He and his wife belonged to the Free Methodist Church in Memphis, then the Goodland Baptist Church when it was still on Clear Lake Rd. and was part of the Imlay City Church of the Nazarene, when they decided to leave for warmer weather. Eventually Charlie retired once again to move with his wife further south to enjoy the sunshine and be with yet another set of grandchildren. There he worked for a few years again in an auto supply environment in the St. Cloud, FL area and was also involved in church activities.

Charlie will always be remembered as the big guy with the big heart. He was always an advocate for children; and his children, grandchildren and now great-grandchildren remember him as the BEST ever! He truly loved people and he loved life.