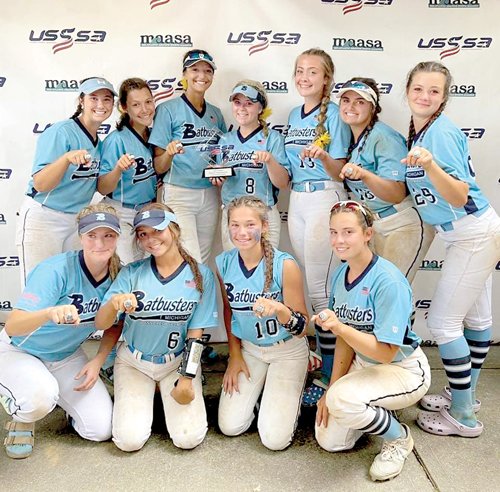 Ocean City, Maryland is where the action unfolded.

The squad started things off on Monday, July 26 with a 5-0 win over OFC Heat and notched a 7-1 victory over Middletown Thunder 16U.

Michigan Batbusters Balcom 15U then followed it up Tuesday, July 27 with a 16-1 triumph against Maryland Dynasty 16U. They then concluded pool play with a 12-3 win over Fury Softball 16U (New York) on Wednesday, July 28.

Later that day, Michigan Batbusters Balcom 15U picked up where it left off with a 7-2 victory against K and K Raptors 16U (Maryland).

Thursday’s lone contest would see the team obtain an 8-1 triumph over Wildfire Fastpitch 16U Red-Garner (Pennsylvania).

The following day Michigan Batbusters Balcom 15U remained unbeaten with an 8-0 win against Fusion Fastpitch (Pennsylvania) and posted a 2-1 victory over East Coast Impact (New York).

Saturday’s play saw the team push their tournament standing to 9-0, thanks to a 6-3 win against Central PA Bombers.

Ross made her presence known for Michigan Batbusters Balcom 15U throughout the tournament and especially in the title game. There she finished with a pair of basehits, both of them two-run homers.