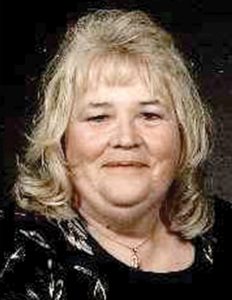 Margo Michel, age 73, of Lum/Attica, MI died Friday, July 16, 2021 at McLaren Lapeer Region Hospital. Margo Lynne McWethy was born December 16, 1947 in Saginaw, MI. She was the daughter of the late Audry and the late Alice (Roberts) McWethy. She grew up in Midland, MI. She was a graduate of Midland High School, Class of 1967. She married Ernest “Ernie” Wade Michel on October 15, 1966 in Midland, MI. Margo and Ernie have lived in the Lum area since 1977. Ernie died on February 1, 2021.

Margo was mostly a homemaker (domestic engineer), raising her children and helping with her grandchildren. Margo had also worked outside the home at Vlasics Foods in Imlay City, Hammill Seatbelt Mfg. in Imlay City, and Suncrest Nursing Home in Lapeer. Margo helped her children with their 4-H projects (sheep and rabbits). She was involved with Ernie at many American Legion programs. Margo and Ernie were always helping, with all sorts of fundraising events around Imlay City with the Imlay City Chamber of Commerce, Sports Boosters, Boy Scouts and American Legion.

Margo was preceded in death by her husband, Ernie Michel; her parents, Audry and Alice McWethy; and brother, Floyd McWethy.

A Veterans’ Salute and Memorial Graveside service for Margo and Ernie will be held at 1 p.m., Saturday, August 7, 2021 at Arcadia Township Cemetery, 4800 Lum Rd., Lum, MI.

The family will be available at the cemetery prior to these services and a gathering for Celebration of Life will occur at the conclusion of these services.

Please be sure to sign the online register book at muirbrothersfh.com to share your memories and condolences with the Michel family.