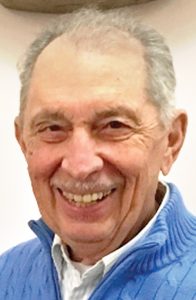 He was a building superintendent for Lumbardo Enterprises Home Builders in Utica and also later worked as a fixture builder for Advance Design in Chesterfield. Joe was very active in the St. Cornelius Catholic Church Men’s Group, helping to plan their wild game dinners over the last 18 years. He loved teaching his grandchildren all about outdoor life. He was a hunter and fisherman and was a phenomenal wildlife artist. He enjoyed building birdhouses, painting, playing tennis and pickleball.

Joe was preceded in death by his parents, Albert and Josephine; sisters, Regina Beyerlein and Maryann Diethelm; and brother, John Mindelli.

The family will be available for visiting from 10-11 a.m. at Dryden Wesleyan Church.

Those wishing to make memorial contributions may direct them to one of the following: Dryden Wesleyan Church, Lapeer Search and Rescue, Salvation Army Emergency Assistance, or Alpena Search and Rescue.

Please be sure to sign the online register book at www.muirbrothersfh.com to share your memories and condolences with the Mindelli family.