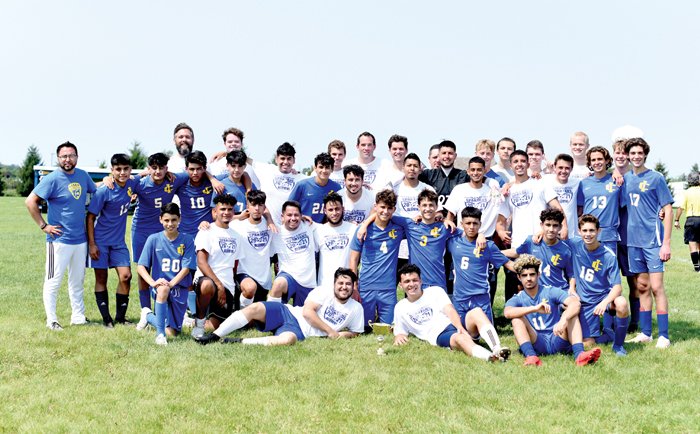 “The game was very close and both teams played really well,” Imlay City Boys’ Coach Luis Hernandez commented. “It was a joy to see some of the old faces playing the new generation and see how much support they offer the student athletes,” he noted.

In Saturday’s battle, neither side would score during the opening 40 minutes of play.

The Alumni then outscored the current high school players 3-2 from that point on, pulling out a narrow victory.

Giovanny Torres and Josh Hayes accounted for the goals for the high school squad.