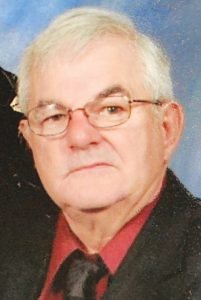 Ernest “Ernie” Michel, age 77, of Lum, MI died Monday, February 1, 2021 at his home. Ernest Wade Michel was born July 15, 1943 in Almont, MI. He was the son of the late Arnold and the late Dena (Carpenter) Michel. Ernie grew up and lived most of his life in the Lum, MI area. He was a graduate of Imlay City High School, Class of 1962. Ernie proudly served in the United States Army during the Vietnam War from 1962 until 1965. He remained in the Army reserves until 1968 and the United States Ready Reserves from 1974-1977. Ernie married Margo Lynne McWethy on October 15, 1966 in Midland, MI.

Ernie was preceded in death by his parents, Arnold and Dena Michel; and his brother, Larry Michel.

A Veterans Salute and Memorial Graveside service for Margo and Ernie will be held at 1 p.m., Saturday, August 7, 2021 at Arcadia Township Cemetery, 4800 Lum Rd., Lum, MI.

The family will be available at the cemetery prior to these services and a gathering for Celebration of Life will occur at the conclusion of these services.

Please be sure to sign the online register at muirbrothersfh.com to share condolences and memories with the Michel family.